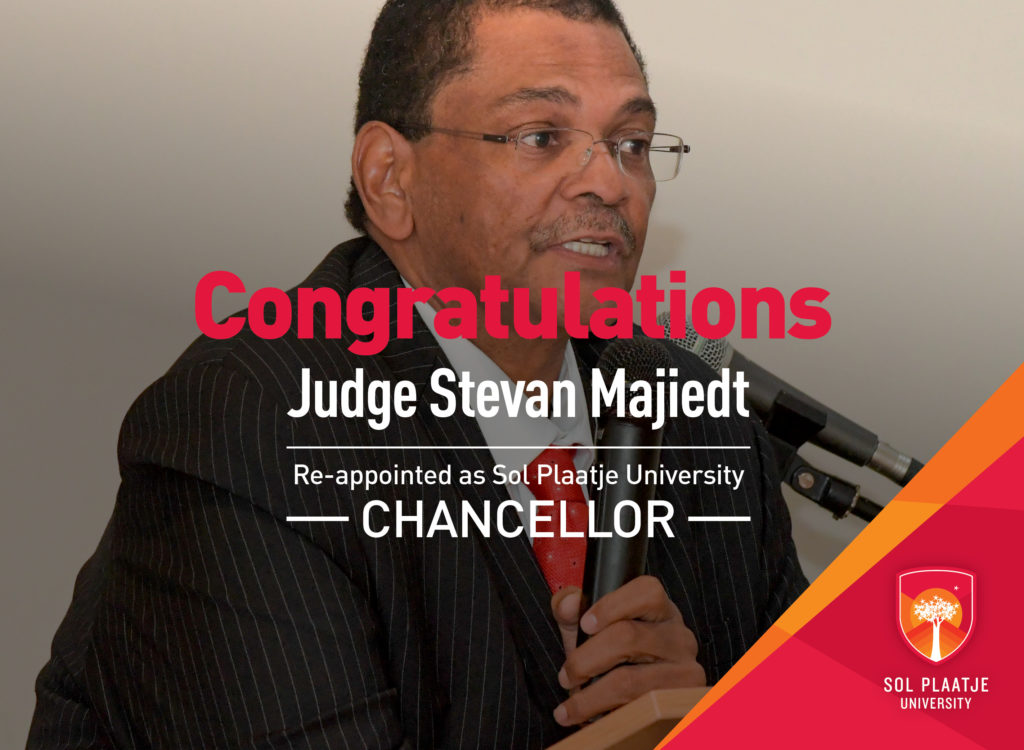 The Chair of Council, Judge Yvonne Mokgoro, announced today that Constitutional Court Judge, Stevan Majiedt, has been re-appointed as Chancellor of Sol Plaatje University for a second successive five-year term.

In congratulating Judge Majiedt on his reappointment, Judge Mokgoro said that: “On behalf of the entire Council and the University Community, I wish to place on record our sincere appreciation and gratitude for the sterling service you have rendered over the past five years as Chancellor of this University.”

She also extended her personal congratulations on his reappointment and is confident that Judge Majiedt will continue to steadfastly serve the University as its Chancellor for the next five years and continue to assist SPU in taking its rightful place in the higher education landscape in South Africa.

Judge Majiedt said that, as he embarks upon his second five-year term as the Chancellor of Sol Plaatje University, he is committed to the success of the University and will focus his energy on ensuring that academically excellent students who come from modest means must be given an equitable chance to succeed in higher education.

Judge Stevan Majiedt, was appointed on 11 September 2019, by President Cyril Ramaphosa to serve on the Constitutional Court. President Ramaphosa expressed his confidence in Judge Majiedt’s appointment and said that he will “enrich jurisprudence at the apex court.”

Judge Majiedt holds BA Law and LLB degrees from the University of the Western Cape.  He was an advocate at the Cape Bar from 1984 – 1996. In 1997 he was appointed as the Chief Provincial State Law Advisor to the Northern Cape Provincial Government – a post he held until 1999.

Judge Stevan Majiedt was first appointed as the Chancellor of Sol Plaatje University in April 2016.