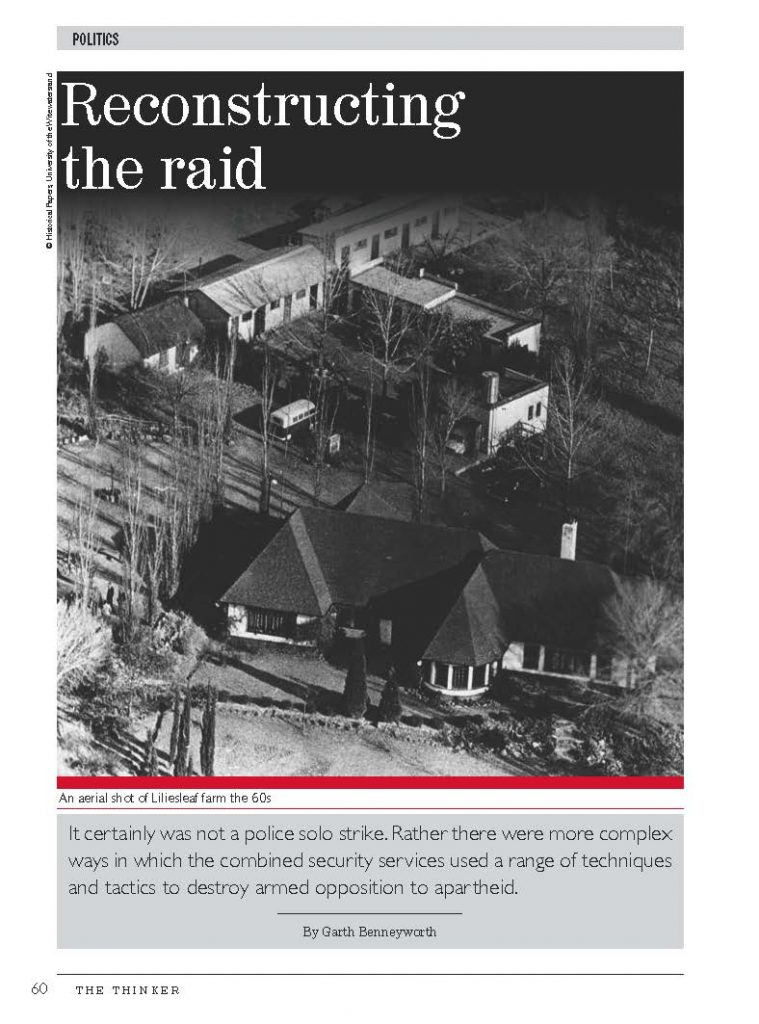 Dr Garth Benneyworth’s article, Reconstructing the Raid, in the 80th edition of The Thinker provides further insight into the historic Liliesleaf farm raid in the 1960s.

Dr Benneyworth says that the raid was “certainly not a police solo strike. Rather there are more complex ways in which the combined security services used a range of techniques and tactics to destroy armed opposition to apartheid.”

He also raises some interesting points such as the possibility that the notebook, which was hidden in a car which had taken Nelson Mandela to Liliesleaf, may have been found and used to backtrack his activities in South Africa after his return from Ethiopia and where his first place of residence was Liliesleaf.

He also mentions the use of a ten-year-old informant who had access to the farm.

Volume 80 marks a milestone for the publication as ownership passes from the Dr Essop Pahad, a struggle stalwart, and is to be handed to the University of Johannesburg.

An electronic copy can be downloaded here:
http://www.thethinker.co.za/…/T…/80%20Thinker%20magazine.pdf